Cornerstone Youth Empowerment (CYE) empowers children and adolescents by teaching them life skills to achieve their emotional, mental, and physical goals.  Together with The GYM™, CYE provides after-school programs that help youth develop leadership and problem solving skills through physical fitness while making lifelong friendships. CYE also provides individualized training to Special Athletes by focusing on each person's abilities instead of disabilities. 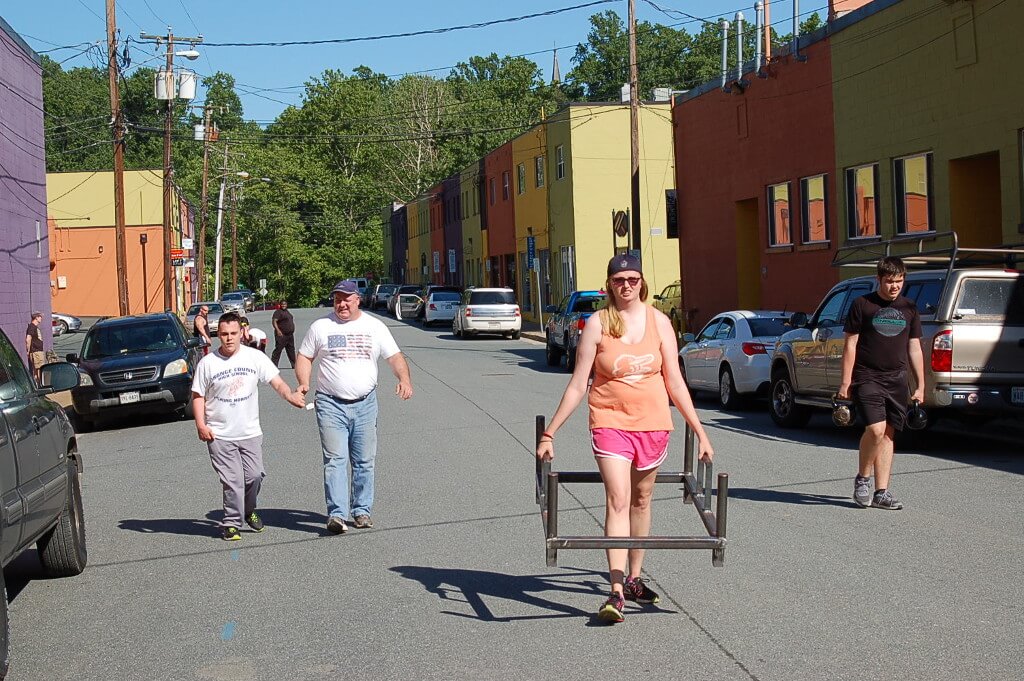 CYE and the coaches at THE GYMTM are great at creating strength and conditioning training programming coupled with mental health support for our Special Athletes. We can support individuals with varying disabilities (ASD, Muscular Skeletal Conditions, mental health challenges, behavioral issues and Intellectual Disabilities, etc.) by incorporating health and fitness in a way that showcases abilities versus focusing on disabilities; thereby decreasing maladaptive behaviors, as well as, increasing overall strength and conditioning. Overtime, our participating children would be able to show positive and lasting outcomes with overall changes in their medical challenges and physical health. CYE takes a holistic approach in working with children who are 15 years of age and older.

For ages 8 and up, CYE offers after school programs 1-hour twice per week or 2-hours during Saturdays. Our programs focus on developing problem-solving skills, strength inside and out, teamwork, and comradery. A healthy body and a healthy mind work together harmoniously and our Youth Empowerment programs will assist families to establish healthy habits for overcoming stress, frustration, and anxiety that children may carry into adulthood. 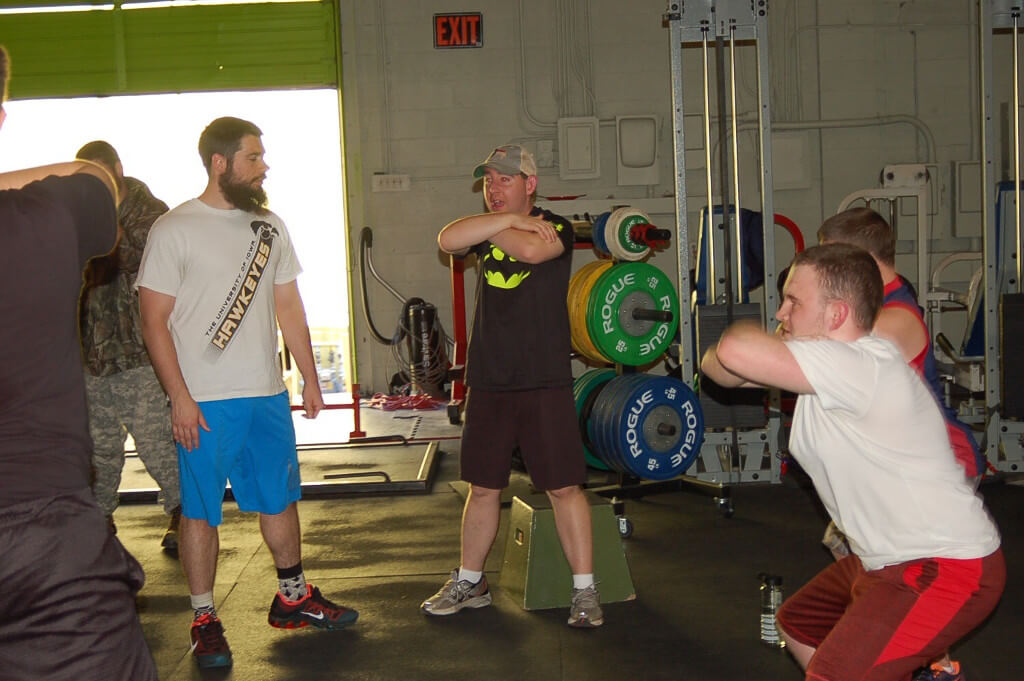 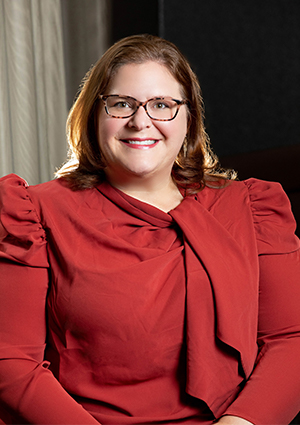 A native of South Haven, Michigan, Amanda is the co-founder of Espiritu Enterprises, LLC, a real estate investment company with assets in Georgia, Michigan, Florida, and Virginia.

Amanda has five years of experience as a Chef with a BS from Johnson and Wales University and is also a graduate of the renowned Secchia Institute for Culinary Education in Grand Rapids, MI. Additionally, she developed the YMCA after school culinary program, which was focused on teaching high school-aged students how to re-create culinary dishes from around the world. 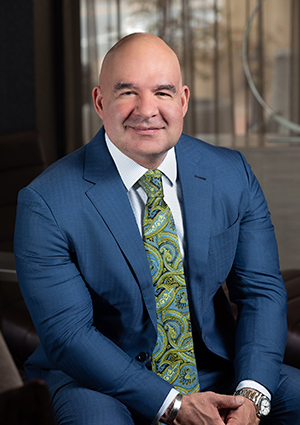 Originally from Costa Rica, Al is a seasoned attorney, a former hospitality industry executive, and an active-duty Army JAG in the rank of Major. After retiring from a successful career in hospitality, which culminated with him as COO and part-owner of a regional hospitality company, which was valued at over $18mm at exit.

Al went to law school and started his real estate career by buying two SFRs. He is the co-founder and Principal of Espiritu Enterprises, LLC, a real estate investment company that has invested in a multifamily portfolio of over 1000 multifamily units in Atlanta, GA, Kalamazoo, MI; South Haven, MI; Orlando, FL; Sarasota, FL; and Fort Smith, AR.  His company also asset manages a substantial portion of those units and owns a considerable stake in THE GYM™ in Charlottesville, VA. Additionally, his current pipeline of acquisitions includes a hotel in Costa Rica and a winery. 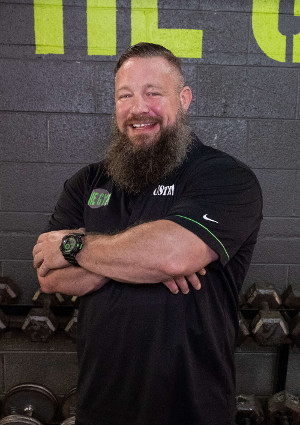 Coach Justin Tooley has over 20 years' experience in the Fitness Industry. He has been the Director of Strength and Conditioning for the Virginia Basketball Academy, and was a Personal and Group Training Instructor for 12 years at ACAC Fitness and Wellness Center.

Coach Justin has personally competed and won many Bodybuilding, Power Lifting, and Strongman events, held various State Power Lifting records, and was nationally ranked for years. He is also a multiple recipient of the “Best of C-VILLE Best Personal Trainer” award. In 2013, Coach Justin opened THE GYM, LLC in Charlottesville and, with his Partners, has successfully grown THE GYMTM into a soon-to-be multi-location operation with another gym opening in Ruckersville, VA in early 2022. 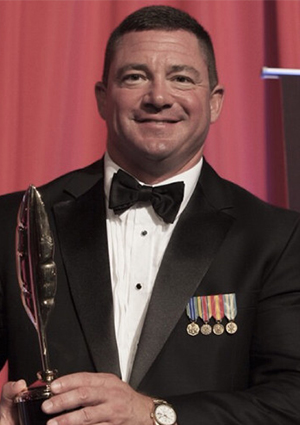 In addition to twenty years of managing investments across global markets and helping clients design wealth distribution plans; I am committed to critical skill development and have earned the following designations:

I have attended post-graduate seminars in Investments and Risk Management at the following business schools:

Serving as the leader of the advisory team I work closely with my clients’ other professional advisors to help integrate their investments with their tax and wealth distribution plans.

William is also a published author. 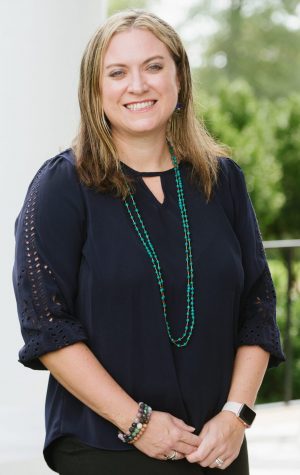 Jennifer McArtor (Jenn) grew up in Florida and after moving around settled in Charlottesville with her family in 2013. She earned a Master of Social Work from the University of South Florida and a Bachelor of Arts in Psychology from Rollins College. She became a Licensed Clinical Social Worker in 2009 and currently works as a psychotherapist at UVa.

In addition to her work in the field of mental health/social services, Jenn also sells Rodan & Fields skincare, is the Content Coordinator for the South Side Neighbors magazine, is an Adjunct Professor with Saint Leo University's MSW program, and is the President of Charlottesville Business Exchange.

Jenn and her husband Paul, a realtor with Avenue Realty, have two children.  They enjoy traveling, spending time with family and friends, and are active members of the Charlottesville community. 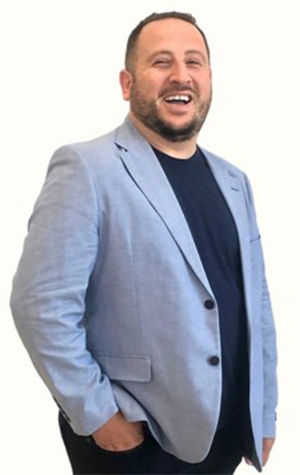 Dino is a successful local business owner with many years of experience in the Hospitality and Food and Beverage industries. Through the years, Dino has also built a tremendous network in the community of fellow small business owners. He strongly values the importance of being “community driven and pro-local”, and supporting the community he now calls home.

From Dino: “Dino’s is a dream come true for me. I came to the US many years ago with the hope to one day own a restaurant, where people and foods from different cultures come together. At Dino's, you will find unique combinations of spices and cooking customs from all over the world.
​
The restaurant’s mission is to be community-driven, pro-local and eco-friendly—a casual meeting spot, where diversity is celebrated, and healthy food with fresh ingredients is served.

I chose the Dairy Market location because its food court reminds me of the squares in Europe—a social hub where food, friends and family mingle. I want to bring our community together and create a space where everyone is welcome.”